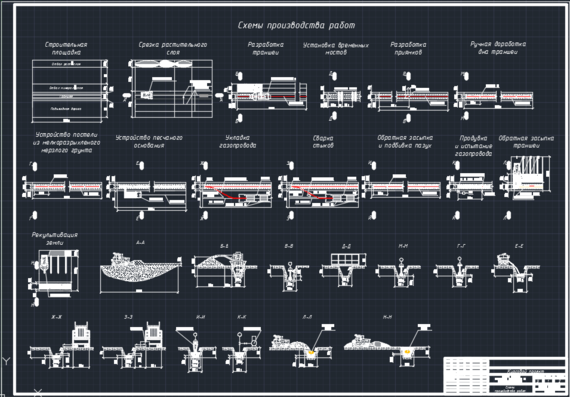 The academic year project on discipline "Installation of systems of gas supply" On a subject: "Construction of the section of the pipeline" Barnaul 2018 dtrubopr 110, mml=1.6 kmgrunt SupesSr. depth of laying 1.2 msezon builds-va ZimaUsloviya PolevyeMaterial Polietilen builds-va Schemes of works, the schedule of scheduling, construction TEP, a scope

1 Technology of construction and installation works

1.2 Physical and mechanical properties of soils

1.4.2 Selection of the optimal set of earth-moving vehicles

1.4.3 Organization and technology of earthworks

1.5.1 Selection of machines and mechanisms for installation works

1.5.2 Instructions for construction and installation works

2 Organization of construction and installation works

2.1.1 Calculation of labor costs and wages

2.1.2 Development of the schedule

2.2 Calculation of technical and economic indicators

The origin of the gas industry dates back to the end of the 18th and early 19th centuries, when gas obtained from coal (luminous gas) began to be used to illuminate the genera of Western Europe.

The first gas distribution gas pipelines in Russia began to be built from 1835 from cast-iron pipes and until 1946 the supply of natural gas to the gas supply network did not cause special concerns among operators.

The luminous gas contained small amounts of resin vapors, which, when introduced with gas into underground gas pipelines during cooling, were deposited on the inner walls of the pipes and protected the bell joints, the sealing of which was carried out with hemp and milled rope, followed by caulking.

Natural gas and demineralized rope, which does not have resins in its composition, lose their sealing ability.

As a result, since 1960, cast-iron gas pipelines began to be decommissioned.

In 1931, in connection with the expansion of the Moscow Gas Plant and the commissioning of the Neftegaz plant in Moscow, the construction of the first gas pipelines and steel pipes began.

However, more than half a century of experience in the operation of steel distribution gas pipelines has shown that in most cases the standard service life of 40 years cannot be maintained. In this regard, the search for alternative material for underground gas pipelines began. Numerous experiments on the use of asbestos cement pipes for the purposes under consideration, of which I.V. Borodin was an enthusiast, did not provide stable results due to the difficulty of organizing large-scale pipe production with the necessary gas tightness. A serious obstacle was the high cost of pipes associated with the use of high-quality asbestos.

Another alternative was pipes made of polymeric materials. The most suitable properties were polyvinyl chloride and polyethylene.

At the initiative of the Mosinzhproekt Institute, in 19581960, together with the Mosgaz trust, development and experimental work was carried out to determine the possibility and operating conditions of plastic underground gas pipelines.

Systematic observations and measurements were carried out for three years, beginning with the first year of operation, first weekly and then monthly on experimental plastic gas pipelines. These observations did not reveal any deviations and violations and confirmed the correctness of the decisions taken.

clearing the construction strip from the forest and shrub, stumps; removal and storage of a fertile layer of land in specially designated places;

Trenches and pits shall be designed with slopes. Trenches with vertical walls without fixation are allowed to be developed in frozen and in soils of natural humidity with undisturbed structure in the absence of groundwater to the following depth, m:

Before laying the pipeline in a trench, the base of which has irregularities of frozen soil, a bed 10 cm high is arranged on the bottom of the trench from melted loose or finely loose frozen soil

In winter, artificial compaction of mineral soil is not produced. The soil acquires the required density after thawing for three to four months (natural compaction).

It is recommended to plan the installation strip for the passage of construction equipment due to the arrangement of soil embankments from imported soil. The layout of the microrelief with cutting irregularities is allowed only on the strip of the future trench. In winter, it is allowed to plan the microrelief by forming snow cover compacted by vehicles.

Earthworks include the following types of work:

cutting off the vegetable layer;

development of soil in a trench with a multi-oar excavator;

development of soil for pits;

manual rework of the trench bottom;

tossing the sinuses with hand or electric ramming;

backfilling of the trench;

Installation works include the following types of works:

pneumatic tests of the gas pipeline for strength and density;

arrangement and disassembly of temporary bridges;

Organization of construction and installation works

As a result of the completed course project, the volumes of earthworks were calculated, the optimal set of earth-moving and earth-moving vehicles, mounting devices and mechanisms were selected, the calculation of labor costs and the schedule for the work were developed, and a technological map was drawn up for the construction of a 1.6 km long gas pipeline. The construction of the gas pipeline section was completed in 24.5 days. 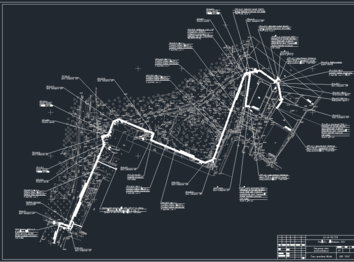 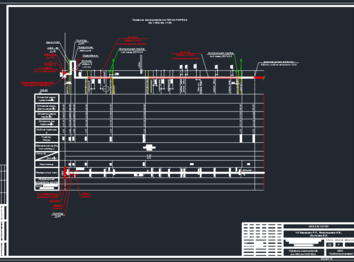 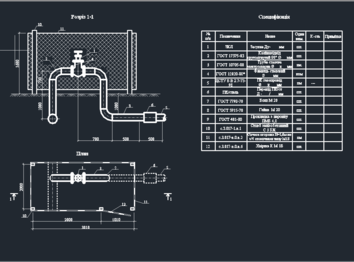 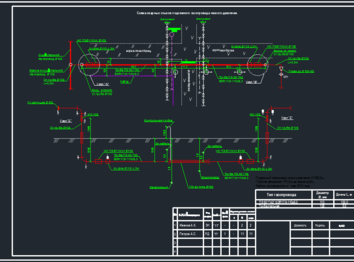 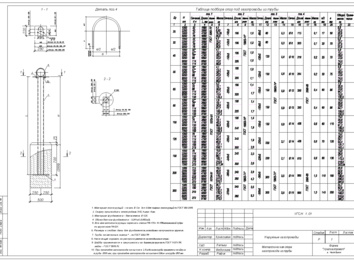 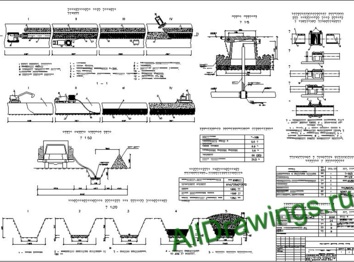 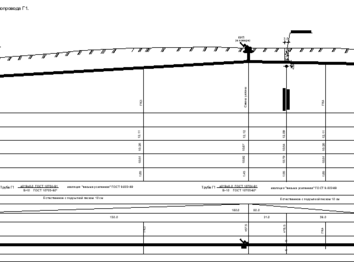 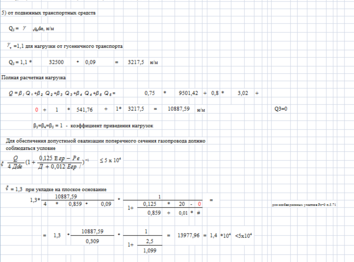 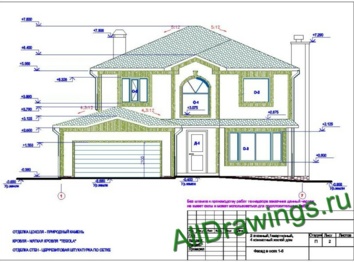 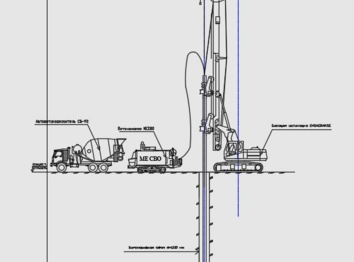 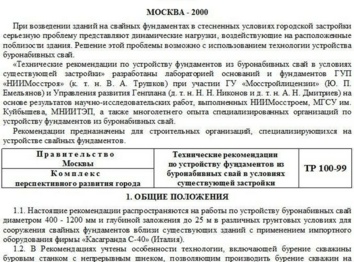 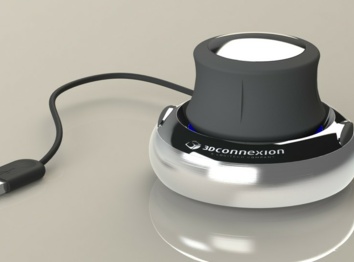 2-storey house for one family 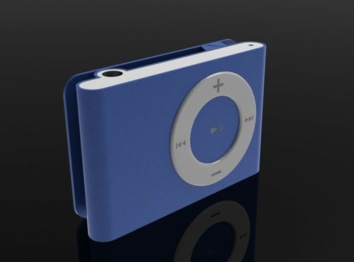